Cherso camp is one of the newly erected refugee camps in Northern Greece, opened in late February 2016 and managed by the Hellenic Army. Moving Europe previously reported on the unacceptable conditions and lack of access to legal options in Cherso camp on 7 April 2016, 24 April 2016 and 29 April 2016.

On 15 May 2016, women and children in Cherso camp organised a silent demonstration to protest against their situation in the camp. Moving Europe spoke to N., one of the Syrian women who took part in the protest. “It’s not really a protest, but more a silent demonstration, just for women and children”, N. explained. Several children made a performance, a kind of tragic play (see video below). The song playing in the background is a well-known song related to the Palestinian context. The song tells the story of a child playing with a paper kite on the roof of his house. When the child sees a big plane approaching, it gets excited and calls the other children to see the nice big plane. But the plane drops a bomb, all the children die – and only the paper kite remains. „In the video, the children act in a way to represent Syrian children and to show that they are fleeing a war and were threatened by death in Syria„, N. explained.

Moreover, the protesters were holding signs about the situation in the camp, demanding to be able to move to a safer place. “Everybody cried,” N. described. 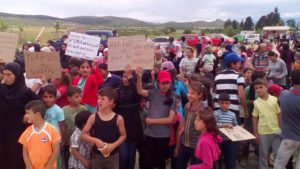 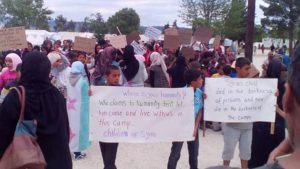 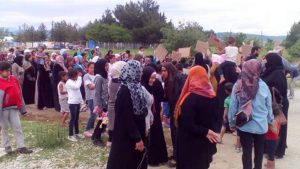 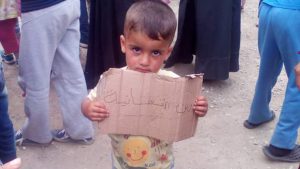 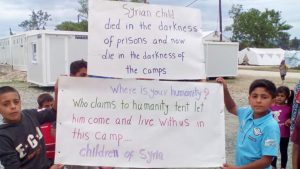 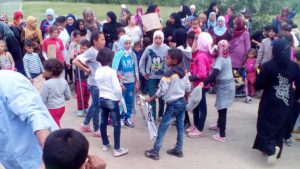 The pictures and videos were sent to Moving Europe by people in Cherso.