18:30 As most coaches are waiting at the petrol station for up to twelve hours before coming here, only 200 people are queuing at the border. Most tents have been moved from the rail tracks. A lot of people left to Athens, tired of the situation here. It seems that the strategy of the Greek authorities is working – one of them said to the media: „We will evict. But not with violence and not with flowers. We will do it our way.“ We will continue reporting tomorrow.

14.00: Greek authorities have obviously changed their strategy. The laissez-faire of the last weeks is being substituted by a regulation strategy to manage crowdings in the border area. So, e.g. 35 coaches with approx. 1500 people have been waiting at a petrol station near Polykastro (20km) since 5am. But still, according to our observations, all nationalities arrive at Idomeni.

12.00: When we arrived, already several protests were going on for some hours. People are shouting „open the border!“, „we are one“ and „Merkel help us!“. Meanwhile 25 coaches have arrived and around 400 people are waiting for the transit. 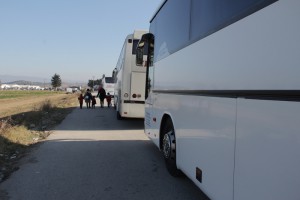 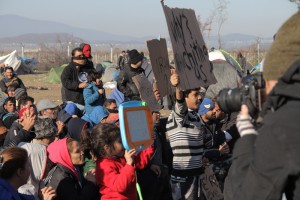 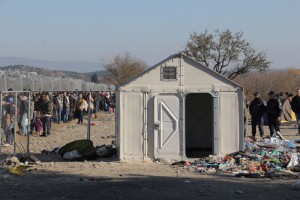 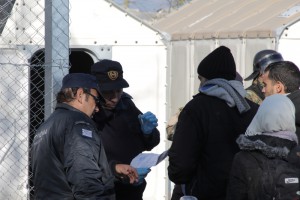 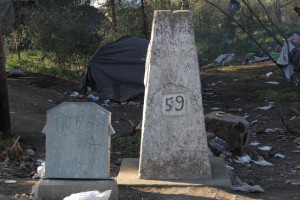 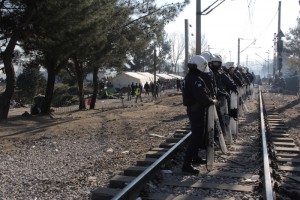