There was another protest in Idomeni this morning. People pushed a train wagon towards the fence and staged a protest on it. However, the Macedonian/FYROM army did not repeat yesterday’s violent actions against the refugees in Idomeni.

Visit to the camp in Kyllini

The camp in Kyllini is located in the North West of the Peloponnese in an old beach resort called L.M. Village. It is a small bungalow village right at by sea side. It is situated in an agricultural area. The next small village with a mini marked is half an hour on foot. Two to four families are living in one bungalow together, sharing the bathroom. There are around 300 Syrians in this camp, mainly families and a lot of children.

When we arrived at the camp, kids were playing football and ran around the old playground. A large group of people from Patras was there who brought donations for the people and played with the kids.

People invited us to sit with them in the sun and offered juice. “We are here since ten days. The situation here is much better than it was in Athens. We have our little house and don’t have to sleep in tents. We have hot water to shower. Before we couldn’t wash ourselves for two weeks. But although the situation is good here, we don’t want to stay here. What can we do here? There is no work here, we don’t have any money left and the border is closed for us. What can we do here? There is no future for us here. There are no schools for our children. We want our children to go to school and learn English” one woman from Aleppo explained to us.

R., another woman from Aleppo, whose husband is waiting for her and her seven children in Germany, shares her bungalow with another family with six children. The window to their room and the door to the bungalow are missing. The cold wind from the sea blows right into their bedroom. “This place is not bad, but at night it is very cold. The authorities promise us every day that they will fix the window and the door tomorrow. But so far nothing happened.” The military brings three meals a day: In the mornings and the evenings a sandwich, for lunch mainly pasta. “The food is not bad, but my kids don’t like the sandwiches, and it’s always the same. I would like to cook my own food for my children. There is even a small kitchen in every house, but there is no gas to cook and no pans” R. explained.

R., as well as many other women in the camp who have their husbands and kids waiting for them in Germany try to get an appointment with the Asylum service. A woman from the Kurdish part of Syria has managed to get through via Skype and has an appointment in a month and a half. The others are still trying. “There is no Internet here, so we have to buy phone credit to make Skype calls. There is no organisation here that explains us what to do. They say that one will be coming, however, nobody has showed up yet. It is hard to wait without knowing for how long” R. summarised the problem of all the refugees stuck in Greece. Whether the living conditions in the camps are better or worse only makes a small difference for the people. The main need of the people is to travel on to a place where they can start their own lives, build a future for themselves and their children and where their loved ones are waiting for them. 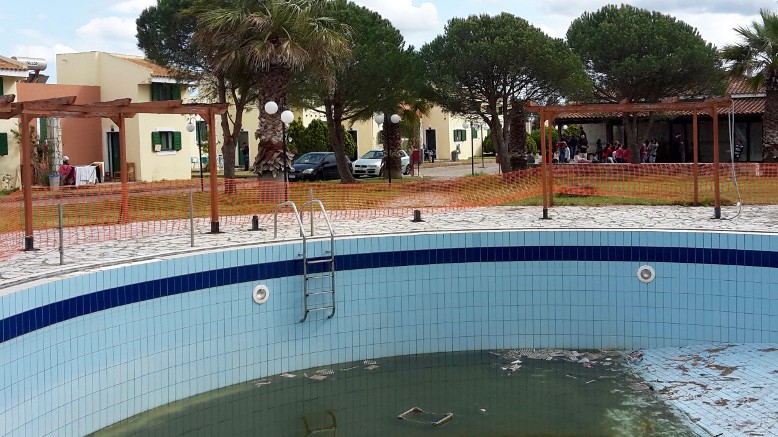 Eviction of the Nea Karvali Camp

As Ali, a refugee in the Nea Karvali camp in the North East Greece reported, the camp was emptied by police today. He reported on Twitter “Most people don’t want to leave” and “People frightened from enforcement.” Half of the people were brought to a camp close to Larissa, while the other half was brought to a newly established camp in the mountains close to Kavala. The situation in the new camp seems to be dire. It is only tents in a forest, people are frightened and they soon discovered the first snake. You can follow Ali on Twitter @AliMBorsan. 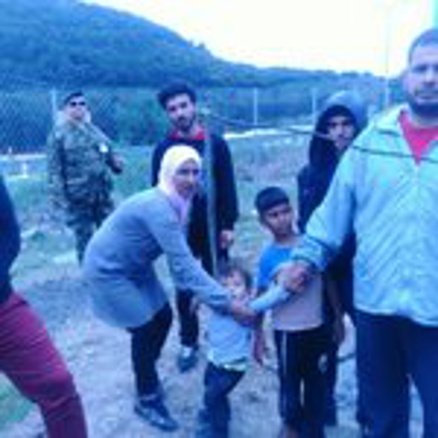