A visit to the camp in Kozani

The camp in Kozani is located outside the town in a big sports hall. There are around 200 people currently living inside the stadium. The people have settled in different changing rooms and in tents on the big main court. A women, who lives there since three weeks with her three children exclaimed: “We cannot stand this situation, not knowing for how long it will go on like this. My husband is waiting in Germany and I cannot go to him. What is happening to us right now is not human. There needs to be a political solution for us. We need to live a life in dignity!”

Y. a 16-year old Syrian girl whom we already met in Idomeni explained her situation. She arrived in Greece with her 18-years old sister and her 13 years old brother in February, when the Balkan corridor was still open. Her twin brother has already travelled to Germany earlier and is waiting to reunite there with them. The three siblings went to Idomeni, but only very few people could still pass and eventually the corridor was closed. So they could no longer travel on. After spending two more weeks in miserable conditions in the camp in Idomeni, they decided to try and find better shelter. They went with an official bus to another camp and ended up in Kozani. “The situation here is better than in Idomeni, at least we do not have to sleep outside in the wind and the mud. But we don’t want to stay here. What is going to happen with us here?” Y., who took over the responsibility for her siblings, is trying to find a possible way for them to reach her twin brother in Germany.

So far, the people in the camp have not received any information about their legal options from any official side. They were told, however, that they will be moved from Kozani soon, as the sport hall needs to be used for an international volleyball tournament in June. Where and when they will be moved remains unclear. 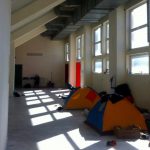 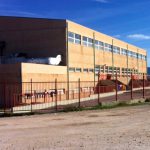 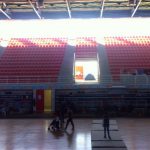 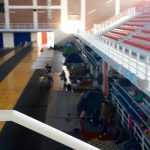