Just when we thought the conditions in Idomeni could not get any worse, they have. The rain keeps pouring down. The rivers of the region are bursting their banks and the mud is everywhere. The border is closed and people are still trying to figure out solutions for themselves, amongst the total lack of information and transport options which are available to them.

The very few UNHCR members of staff onsite Idomeni are directing people to the military-run accommodations camps of the region. They say that there, the conditions are better and that people will be able to apply for the European Union relocation program. Of the five camps, which were announced in the mainstream media a few weeks ago, only two are in use at the moment. Drosato and Kentriko, two of the names cited, are not even in the beginning stages of construction and it is unclear if they will ever be built. Meanwhile, Nea Kavala, the camp closest to Polykastro has already reached its capacity. Right now it is hosting 3200 people. Furthermore the infamous gas station at Polykastro has regained importance: Around 1000 people seek shelter in the already existing infrastructures.

In Cherso, there are already 3700 people, but there is still some space for people to be lodged. But recommending anyone to go to this place would be perverse. There is about 20 centimetres of mud, caking the ground of the whole camp, including the insides of tents. The food that has been distributed there for the past days was cold and out of date. There is trash everywhere. And there are absolutely no NGOs to be seen. The UNHCR came a few days ago, walked around and left. The relocation registration promised in Idomeni by the UNHCR consists in one abandoned small white booth, forgotten in a desolate corner of the camp, next to the military quarters’ tent. The empty booth signals the wider fact that there is simply no one to talk to, to speak about your options as a refugee there. And it is yet another hint that the relocation program, however much it is spoken about, is nowhere to be found. Cherso camp is in the middle of nowhere, secluded from any form of support, whether humanitarian or legal.

The only ways to reach both of these camps is by taxi or private transport. The military says that people have to come there out of their own will, “because this is not a transit camp. The people will be here for longer.”. If all these places resemble anything, it is not a long term solution. People – both refugees and local citizens – will not accept to be kept in such conditions. There are already initiatives from the later to organise investing local inhabited houses. And people who are not satisfied by the option of the unpromising relocation program and wish to continue their journey to central Europe, will find their own way, some way or another.

Some impressions from Cherso and Polykastro gas station today: 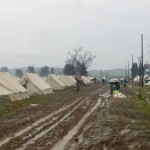 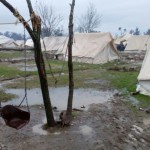 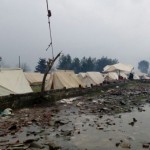 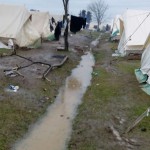 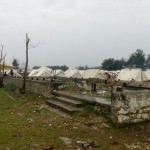 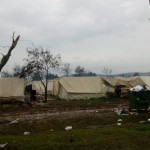 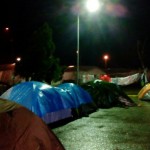 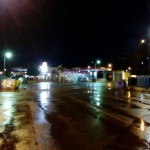