Welcome to “Hotel Plaza” in Athens!

In the morning of April 22nd, activists and refugees joined action to squat an abandoned hotel in the northern center of Athens. The “Hotel Plaza” is supposed to host up to 400 refugees, and hopefully in the upcoming week, they will be able to receive further room requests. Since the occupants have entered the building, the weekend has been a busy one: The rooms have been aired and cleaned, the kitchen cleaned and prepared for cooking, weeds and trash removed from the front entrance, the first meals cooked, assemblies held and plans made. 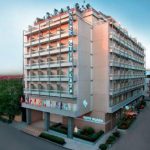 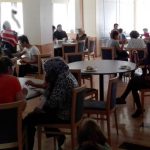 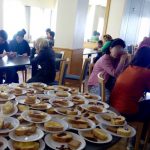 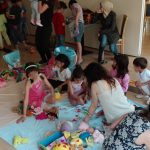 We could already see how refugees staying at the hotel have started to relax and recover from the past weeks of stress and precarity. A clean room for oneself, a friendly atmosphere, a quiet and safe common space, and the dedication of everyone to treat each other with respect and in solidarity: You could feel the relief of those who have lacked these crucial needs of life for a long time.

Hotel was abandoned for 7 years

The owner is not amused and has claimed her disagreement with the occupation, and the next days and weeks will show how the owner and the authorities will react. The owners claim to the property and her anger about losing the chance to resell the building and to thus make money is understandable from her point of view. However, the hotel has been abandoned for seven years, which stands in harsh contrast to the desperate need of thousands of people for basic means of life: a home and the possibility to take their life in their own hands. They have been deprived of this by a border regime that illegalises them and degrades them to an alleged “problem” or “threat” to Europe.

So also, there is a symbolic aspect of this occupation: While the Greek government is putting up isolated camps on the Greek countryside, which are of unspeakably low standard and lack provision, information and care, there are places like this one, in the centre of Athens. Therefore, it stands against the paradigm of capitalist competition for space and resources, which operates most severely at the line drawn between native population and migrants or sans-papieres.

Regardless of the precariousness of this very space, a lot of planning and dreaming has come up this past weekend: We hear plans for a cinema, a playground, a vegetable roof garden, language and art classes, and so on.

A call for donations and support will be published soon, we’ll keep you updated.