Startseite »Live Ticker»25.5.2016: Updates from the eviction in Idomeni

On this site we are constantly collecting observations and information which residents of the camp send to us about the second day of the police operation in Idomeni.

19.00: We will stop liveblogging for today and report on the situation in Northern Greece in the following days.

18.30: Only very few people are left in Idomeni camp. Many saw no option but to leave with the buses. However, at the same time, many refugees who heard about the bad conditions in the camps do not want to go there and escaped from the police searching Idomeni. But there is no safe place to escape to, and the conditions are extremely precarious:

“We left the camp. We don’t want to get on the buses to the camps in Thessaloniki, so we left. As there are police cars on all streets, behind and in front, we left on another way, alone. We are now by ourselves. We fled and just took one small tent in our bag. We don’t now where we are going now.”, W. explains.

16:45: The second camp in the Kalochori area is a former market. There are people who have been there since some days, staying in the tents inside the big hall. Others have to sleep in tents outside. Last night, some of the people who were transferred here from Idomeni could not find a place to sleep at all. They had to spend the night outside without tents. 400-500 people are in this camp so far. The residents report a lack of showers and hot water. Frustrated by the conditions that were promised to be better, one persons claims „It is the same shit like Idomeni! We don’t trust in anything anymore; not in relocation, skype or anything from the government.“ Here are some impressions: 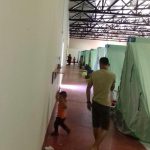 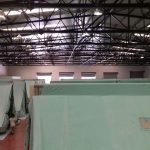 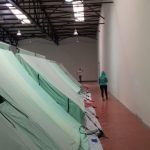 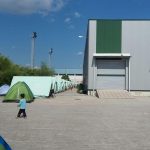 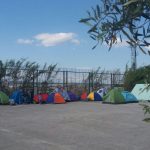 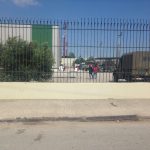 15:00: Some buses from Idomeni are being brought to the camp Oreokastro. There are people already living there since a couple of days. One friend who has been staying there since some days describes the situation there:

“The camp has many problems, it is very small and does not have space for 1000 people. There is water here, in small tanks, but not enough. Often the water stops. Also we have problems with the bathrooms. There are not enough and they are not clean.  Now they are bringing more buses, but there is not enough space.”

Yesterday and the day before there were protests in the camp and people blocked the street. If more people come to the camp it will be over crowded and the conditions will deteriorate even further.

Nonetheless, there are signs of self-sustainability from the people. Some small businesses are already established, selling the most important things for people to cook for themselves. It shows how fast people are able to adapt to their new situation and take matters into their own hand, when the authorities fail to do so. 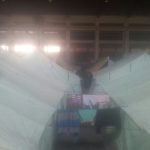 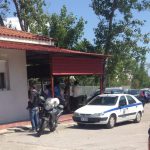 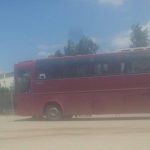 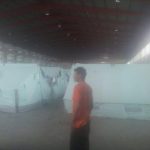 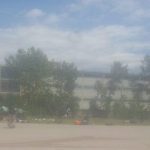 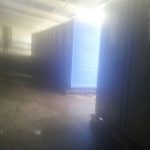 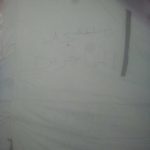 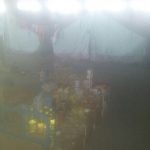 13:30: Our friends M., R. and A. are outraged as they learned where the authorities are bringing people. They are determined to leave on their own terms and to the place they want to go. This place lies in the North rather than in the South of Idomeni.

“Macedonia is better than where the police are bringing us now. One friend of mine, he went with the buses yesterday with his family to a camp close to Thessaloniki, it is so bad there, there is nothing there. Now, they want to go back to Turkey. Better Turkey than where they bring us now. It is really true, it is so bad there. And there are people that want to come back. They take taxis from Thessaloniki back to here, back to Idomeni.

It is very bad in Idomeni now too, very precarious. Because of the police, they scare people, scream. The camp is like a ghost town now. People don’t leave their tents. Nobody is on the streets. Yesterday, the police broke open the tents if people did not want to go. And they broke our tents. The new tents that we bought with our own money. We don’t want to go to the other camps. Our friends tell us they are so bad. We want to leave on our own terms, not be forced on buses and brought to a worse place. We will not go on the buses. We will find a way to leave on our own and find a good place for our selves.” 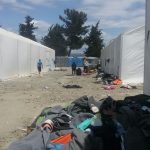 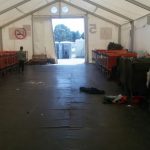 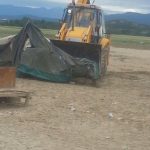 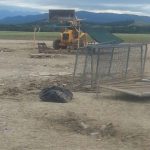 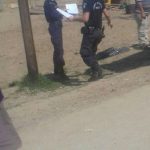 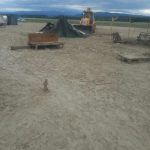 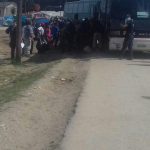 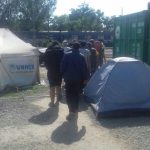 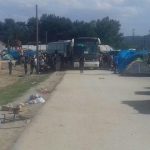 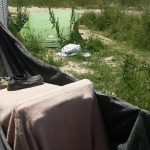 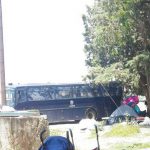 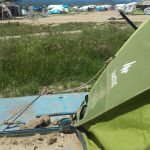 13:00: There are reports about people protesting in the buses, refusing to disembark. Apparently, people do not want to go to the Nea Kavala Camp, which is around 20km away from Idomeni, but demand to be brought to Thessaloniki.

11:00: Our friends from inside the camp are upset and desperate as the situation is deteriorating. H. complains „I am even not allowed to go to the toilet. I have diabetes and a heart condition but they don’t let me“. They panick as their friends are already trying to get back to Idomeni because of squalid conditions in the official camps: „They say it is like pig stalls, not for humans!“. Reportedly the evacuation slows down as people refuse to enter the official makeshift camp in Vagiochori.

09:00: The second day of the operation has started. Residents report on the return of the police to the camp. Apparently they are now evicting the tents on the railway tracks. According to Greek media new makeshift camps have been openend in Thermi, Efkarpia, Grevena and already existing ones have been extended in Larissa, Thessaloniki, Kalochori.