This text has been written by people staying at the camp in Oreo Castro (or Oreokastro) together with independent supporters.

This account of developments in the camp stands as an example of the mismanagement of the official state-run camps and the complicity of some NGOs. More importantly, it shows how the collective action of refugees can lead to more self-organisation to make their living conditions more bearable.

The Oreo Castro camp exists since the 28th of April 2016. It is situated around 10km outside of Thessaloniki. Around 1400 people are staying there at the moment, many have been brought there from Idomeni.

The Protest and its outcome

On the 25th of July 2016 the people staying in the refugee camp Oreo Castro started a peaceful and non-violent protest and forced the organisation ‘Team Humanity’ out of the camp. The refugees of Oreo Castro accused them of keeping food from the refugees, not distributing equally, organising badly and generally upholding the bad conditions.

The security guards at the entrance do not accept private donations by unregistered NGOs or private donors, although they know that there are now more needs than before. To solve the issue and to still receive donations from the outside, refugees are self-organising now. They simply walk out of the camp, carry the goods inside themselves and distribute them independently.

Further, the people of Oreo Castro have now set up a self-organised school, teaching languages to adults and children, as well as a creative arts space.

The structures involved in the (dis-)organisation of the camp

‘Team Humanity’ had been responsible for the main distribution of all kind of goods inside the camps until they were forced out. The Greek army provides basic meals three times a day and is responsible for cleaning the toilets and showers. Next to the army, ‘Team Humanity’ has been the second largest provider of supplies such as educational items, food and hygienic products. They were cooperating with other smaller organisations, deciding what was to be let through the gate to the camp and what not. Until the 25th of July ‘Team Humanity’ also had the power to decide which NGOs and independent volunteers to let in, as they were the main responsible organisation in Oreo Castro. They did not allow independent volunteers to either donate privately or to offer independent activities such as teaching or crafting.

NRC, the general administration organisation is supposed to coordinate all the organisations working in camps, including the ones doing simple construction work and fixings. Therefore, they are supposed to communicate with all parties involved. They also communicated with the owner of the building. They organised weekly meetings between the different representatives of the all parties involved. However, the refugees themselves were not invited and did not know about this. The weekly meetings take place on Wednesdays at 10am. According to the refugees, it took them 4 weeks to do small works such as fixing the light outside of the toilets. For that reason, many people were afraid to go the toilet alone during the night.

Besides that, Doctors of the World run a clinic inside the camp, 6 days during the week from 10 am to 5 pm, closed on Sundays. There is no existing emergency contact. They have trained nurses and doctors and interpreters for better communication. They provide simple medicine like bandages or painkillers. However, they often run out of these things in the afternoon. Caritas distributes simple items such as tissues, diapers or lotion two to three times a week. Further, they provide one kilo of vegetables for each tent once a week.

By pushing out the organisation ‘Team Humanity’ the people inside of Oreo Castro are looking for a way to improve their current situation and have more influence in the administration process, which the Greek government and several other organisations have been in control of so far. Now, the refugees are trying the develop a self-organised structure in order to become more independent, more effective in the distribution and more specific in expressing there needs. They have organised a council between different representatives of the camps, who will present their needs, ideas and concerns before the organisations involved.

Further, the people staying at Oreo Castro want to make this protest and its ensuing self-organisation process more public in order to spread the information to other camps. This can be taken as an example of empowerment for people leading similar struggles. It could become a pilot project for better self-organisation inside the camps with more inclusive processes and decision-making. This should also show the public that refugees know their needs best and can organise themselves. They are professionals, pharmacists, lawyers, etc. and should be trusted more.

There must be more statements against the racism and the social exclusion that is taking places in Greece as well as all over Europe. Publishing the developments of protest and self-organisation should help to overcome fears and give an honest insight into the situation in the camps.

For more information on the current happenings in Oreo Castro you can follow The Voices of Oreokastro on Facebook:

For previous reports on the situation in Oreo Castro see: 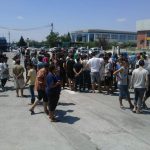 Protest in Front of Oreo Castro camp. Photo by people from Oreo Castro 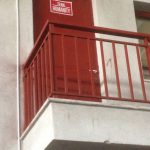 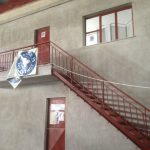