According to UNHCR, there are more than 50.000 refugees in Greece, and almost 10.000 of them continue to be stuck under inacceptable conditions in Idomeni, having one option after the other denied to them.

The Skype system for asylum, family reunification and relocation continues to be dysfunctional. Moving Europe discussed the difficulties with L., who has tried the Skype for months and now given up, like many others. „There is no hope in the Skype„, L. elaborated.

Because there are no legal options, people in Idomeni have no choice but to try to leave on irregular routes. However, many of those who try to walk across Macedonia are systematically pushed back to Greece by Macedonian military. Every day, groups of refugees leave Idomeni with small backpacks and start walking towards Macedonia. Some might make it across to Serbia, but many will be back in Idomeni the next day. „I saw some people leave yesterday night, now I just saw some of them back in the camp„, M. explained. He arrived in Idomeni a few days after the closure of the Balkanroute and has not been able to leave since then

Others do not even have the financial or physical capacity to try to cross Macedonia by foot. The mountainous terrain and unknown territory is especially difficult for people who are less physically mobile, or for small children.

Many people cannot leave, but they also cannot go back. G. and W. are in Idomeni with one of their children, separated from their other three children who already arrived in Germany. W. described how they have left everything behind in Syria, how there is no house to go back to. „I was driving my car and somebody from ISIS told me to get out, told me that now the car belongs to ISIS. We are fleeing and we are afraid, also here in Idomeni„, she continued.

The camp conditions are intolerable. „There is war in Syria, but this here in Idomeni is also some kind of war„, R. said. „My two sons were killed in Syria by Assad’s forces. Now I am destroying my daughter’s life by sitting and waiting in Idomeni„, she continued. The family arrived in Greece a few days after the closure of the Greek-Macedonian border. They crossed to Macedonia once, in March, but were pushed back together with everybody else. 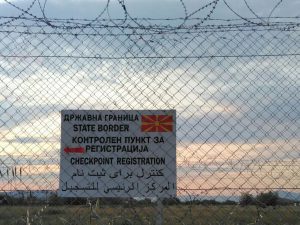 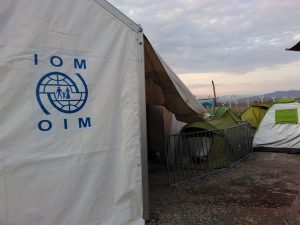 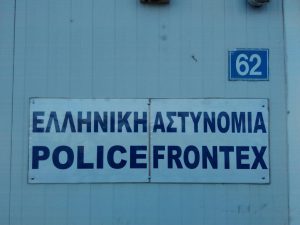 The authorities are increasing their efforts to convince people to leave the Idomeni camp and to go to the official camps instead. Greek migration authorities visited Idomeni to negotiate and to explain about the alleged advantaged of the other camps. However, „we told them to go away, because we do not believe them, we do not want what they propose and go from one camp to another“, M. explained. Big buses wait at the entrance of Idomeni to drive people away, but many of them leave almost empty.

In addition to the negotiations, food supplies were not allowed from coming in to Idomeni, individuals in the camp who set up their own shops were instructed to close them, several journalists were prevented from entering the camp and the police presence in Idomeni is increasing. 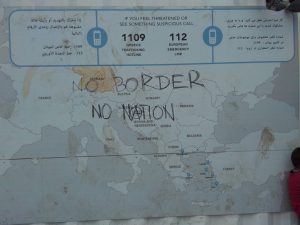 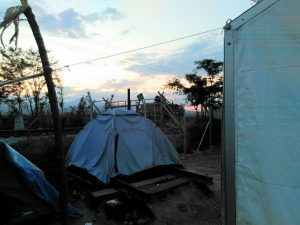 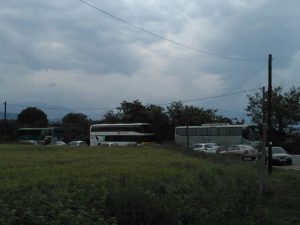 Protest: Funeral of the conscience of the European Union

To protest against the consequences of EU politics at the Greek-Macedonian border, a group of minors marched through Idomeni carrying a coffin with an EU flag. „This is the funeral of the moral conscience of the EU„, RefugeesTV commented. 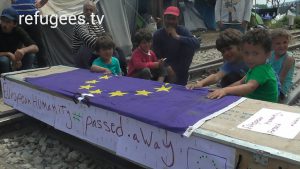 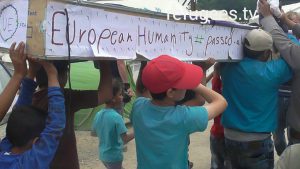 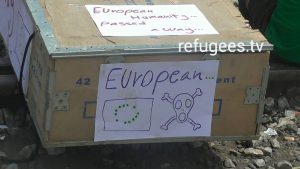