Startseite »Monitoring»Greece»27.05.2016: In the camps of broken promises

Although the police ended the eviction of the Idomeni camp yesterday, the former inhabitants are still shuffled around; many have not yet found a new accommodation. Some are still enduring in the vicinity of Idomeni under precarious conditions. The ones who have been placed in the hastily set up camps around Thessaloniki, are lacking the most basic supplies. Many do not want to stay there and are looking for other accommodation possibilities in the city of Thessaloniki. “We are looking for a place in Thessaloniki, we can not stand this place. It is like a prison.” L., who was brought to Sindos camp yesterday, exclaims.

One of the newly set up camps is called Agios Vasilios. It is a former storage hall of the company Sinatex. A family that arrived there yesterday at around 5pm told us that they have not yet received proper food. The only food they were given was one chocolate croissant per person. Further, there are only five toilets for the currently around 200 people living in the camp and no showers at all. The military is building more tents to host more people, while the basic hygienic and food needs of the people already there are not covered. There is also no medical care on site. People there lack food, utensils to cook for them selves, clothes and blankets.

Friends and relatives of the people who were brought to Agios Vasilios camp wanted to visit and bring some supplies, however, they were denied entry to the camp and had to meet their family and friend outside in in the hot sun.

Any argumentation that tries to legitimate the eviction of Idomeni as a humanitarian act has been proven wrong. K., who is still around Idomeni explains: “We do not want to go to these military camps. Our friends told us how bad it is there. We want to travel on. In the next days we will leave.” 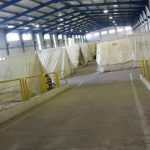 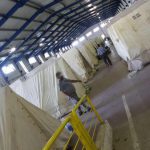 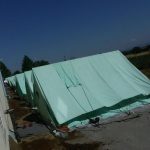 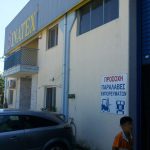 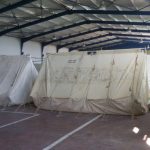 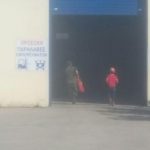