Derveni is one of the newly opened camps where former residents of the camp in Idomeni are being brought. The camp of Derveni is located in the North East of Thessaloniki. As many of the other camps, it lies within an industrial area, right at the highway A2 in direction of Kilkis and Kavala. At the front entrance, the sound of the highway is bothering constantly. Military and police control the entrance to the factory area and only allow people with a registration card from the camp to enter inside. Volunteers communicate with inhabitants of the camp through the fence or at the gate. Between 800 and 1000 people are staying in a number of halls inside, others have to stay in tents set up outside.

The promises of the Greek government and the UNHCR, portraying the state-run camps as a better alternative to Idomeni, turn out to be false. Refugees in the camp described the conditions as dehumanizing and exhausting. Nothing seemed to be in place. Setting up the showers has not been finished. There is no access to medical care in the camp itself. The only access to medical care is provided in hospitals, which ought to be contacted through the military staff. The food is not adequately nutritious: On the first day, refugees only received one croissant and a small juice per person, as Moving Europe has also heard in several other camps during the post days. Since the second day, the military brings pasta, biscuits, a sandwich and juice once a day, and every day the same.

Again, the UNHCR promised to register people until the end of this month, but the inhabitants are doubtful, given that the month ends in 3 days.

Several reported having been brought to a different camp first, where they protested due to the substandard conditions. Afterwards, they were brought to Derveni, encountering the same problematic conditions again. 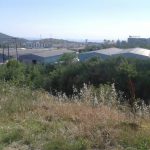 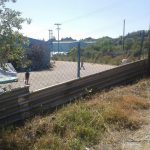 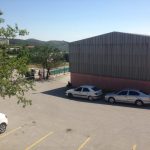 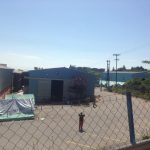